Takeaway: Eddie Van Halen was not only a guitar god on stage but off stage and is the owner and inventor of an ingenious U.S. patent to prove it.

Eddie Van Halen, lead guitarist of Van Halen and widely considered one of the greatest guitar players of all time, passed away this month after a long battle with cancer. Van Halen was one of the top 20 bestselling artists ever in music and was inducted into the Rock and Roll Hall of Fame in 2007. Eddie Van Halen was known as a “guitar god” and was said to have “reinvented guitar playing just like Jimi Hendrix had done a generation earlier.”

Eddie Van Halen’s musical achievements were present both on and off stage. Eddie Van Halen was also the owner and inventor of US Patent. No. 4,656,917 issued in 1987 called “Musical Instrument Support.” The patented device functions with “a plate which rests upon the player’s leg leaving both hands free to explore the musical instrument as never before” which “permit[s] total freedom of the player’s hands to play the instrument in a completely new way, thus allowing the player to create new techniques and sounds previously unknown to any player.” Eddie Van Halen will forever be remembered as an innovative guitarist and gifted performer. 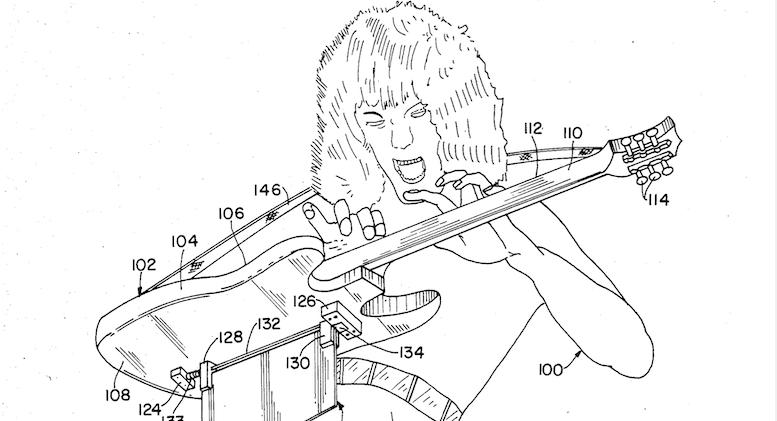