99 years ago, Horace Goldin of New York filed a patent application for an “apparatus in the form of a box whereby a person or object can be placed within and the container cut substantially in half, giving the effect to the audience of cutting the person or object in half.”

This famous magic trick of sawing a person in half can be dated as far back as 1809, but it did not become the memorable illusion it is until it was performed by British magician P.T. Selbit in January 1921 at the Finsbury Park Empire theatre in London.

Upon filing and issuance of his patent for this famous magic device, Goldin was met with much success and even more competition. Goldin was successful in using the courts to prevent competition of his idea; however, because patents require inventors to reveal the workings of their inventions to the public domain, the workings of this magic trick would be no longer a secret.

Eventually, the proceeds from Goldin’s famous jaw-dropping apparatus were eaten up by the cost of fighting his competitors, but his legacy lives on as one of the most famous magic tricks of all time. 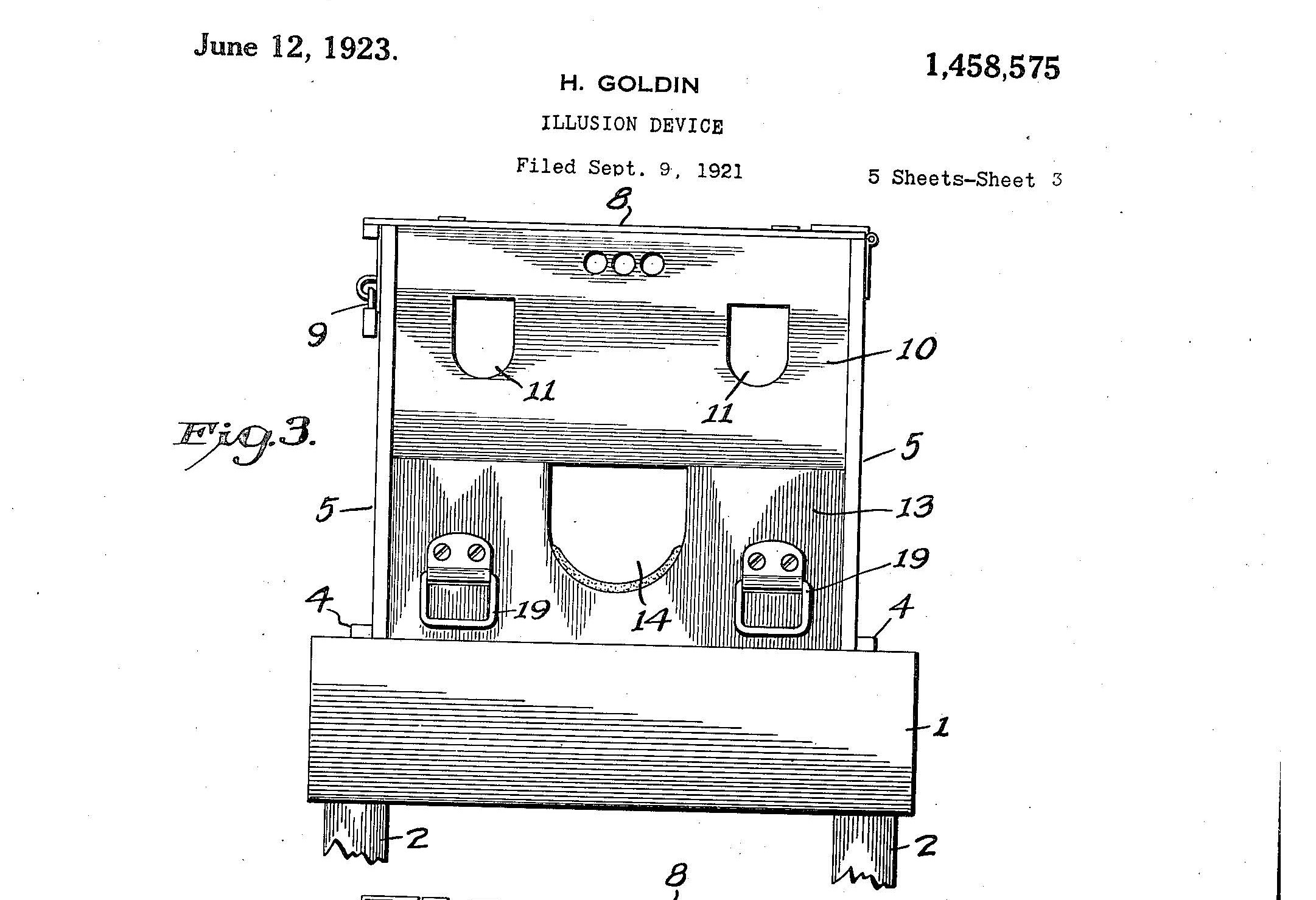 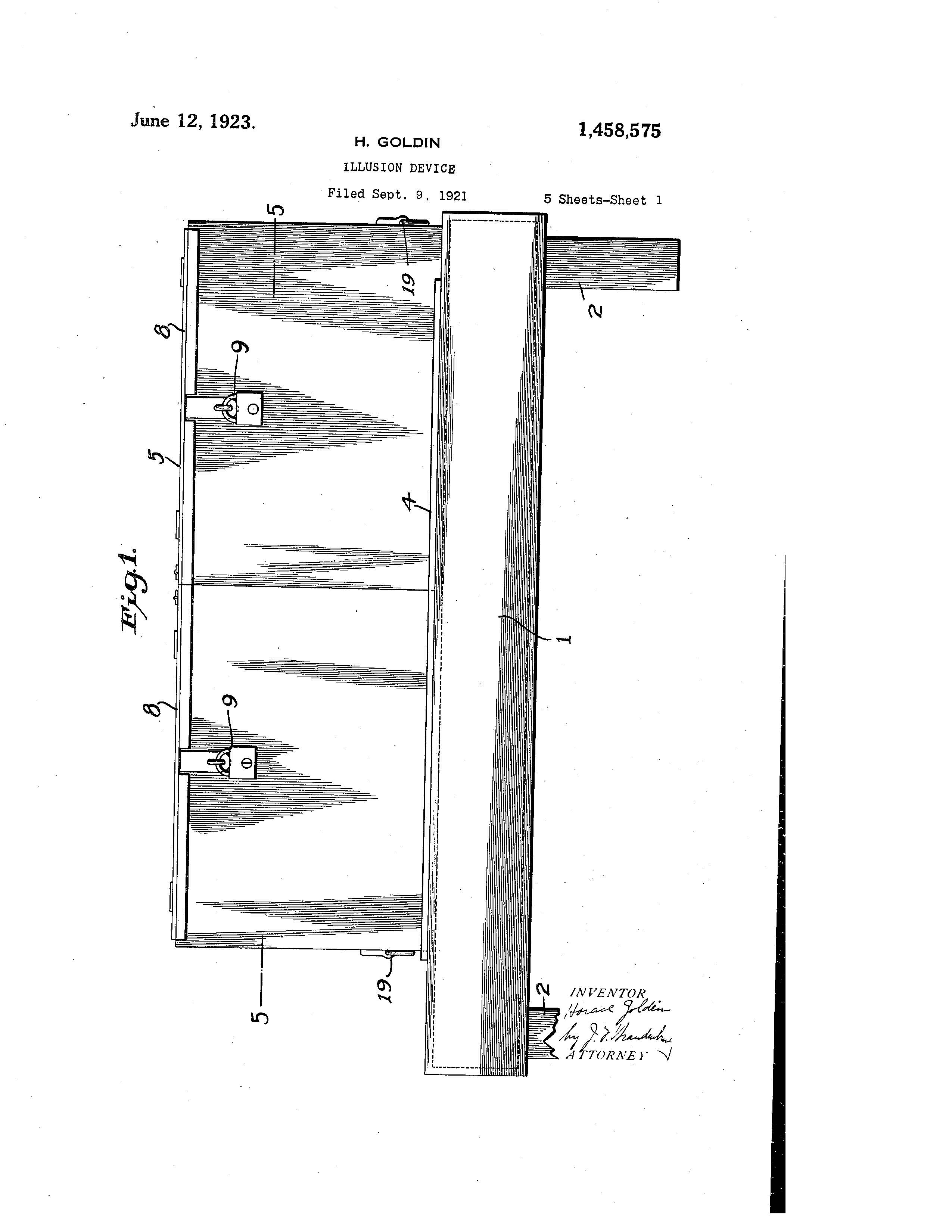